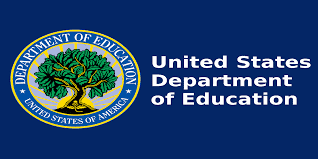 Many of you were closely monitoring the case filed in February of this year against the Department of Education by the American Association of Cosmetology Schools (AACS) regarding Gainful Employment legislation. Announced today is a ruling where the judge ruled in favor of AACS on the case.

Read on for the update provided by AACS to the industry.

Today, in a ruling that allows the nation’s cosmetology schools to properly demonstrate their value to students who graduate from their programs, a federal judge in Washington, D.C. ruled in favor of the American Association of Cosmetology Schools (AACS) in a case challenging the so-called “Gainful Employment Rule” that was passed by the Obama Administration’s U.S. Department of Education. The rule judges college programs based upon the percentage of a graduate’s reported income that is devoted to paying back federal loans. AACS challenged the rule as applied to cosmetology schools because on the basis that SSA data does not fully capture the graduate’s full income. The judge’s order prohibits the Department from enforcing a requirement that AACS member schools must obtain at least a 50% response rate from graduate surveys of actual earnings before they can use that data in “alternate earnings appeals.”

AACS Executive Director, O. David Jackson stated, “this is a terrific victory for AACS, its member schools, and the cosmetology industry. The Court’s language is very forceful, and throws out the Department’s hear-no-evil, see-no-evil approach to earnings data it knows is wrong. We are thankful to our AACS membership who stood strong in challenging the weaknesses in this rule.”

A copy of the memorandum and opinion are available here: [ memorandum ] [ opinion ]