BREAKING   /
YOU ARE HERE:Home » Blog » Education » Simplicity (and a Very Big Prize) Proves a Winner for Design 1
EducationEmployee ManagementMerchandising Where would you rather be in January – Grand Rapids, MI, where it’s dropping as low as 14 degrees? Or Las Vegas, NV, where it regularly busts 60 degrees and thousands of hairdressers from all over the country, gathered for two days of full-on education during the day and wild parties in the evening? Two years ago, we discovered (unsurprisingly), that our team would much rather be in Vegas; so much so that they’ll push it to 150% to sell home care.

Like everyone else, we have struggled to motivate our team to sell, causing our retail numbers to stay stagnate. So we did, and still do, regular competitions with good prizes, such as Apple watches and Dyson Dryers. But we needed something big to really shake up the team and get them on-side. Finally, after much brainstorming, my team and I came up with a super prize – a once-a-year competition that would really prove to the team that they could sell when they set their mind to it. We offered 12 tickets to the Redken Symposium in Las Vegas, with the top four prizes including the hotel. At more than $500 per ticket, it’s a huge investment.

Over the first two-month long competition held June to July 2017, retail went crazy – up to 40 percent in some cases. Last summer it was even better. But, more crucially, we finally seem to have found something that gives us that ultimate win, a change in behavior. Sales of 40 percent may not have been sustained, but sales have not fallen into the old doldrums of before. And that was the definitive goal.

Our competition was basic, the service provider scored points for every product sold. In the first run of the competition in 2017, we organized our stylists into groups based on where they were in our level program to make it fair. Winners from each group went to Vegas. But this year we came up with a new formula. To become eligible for the competition, they first had to sell a minimum of 20 units. From then on, they got a point for every unit sold, and this total was then divided by their client count to give us a final statistic. It meant those who work fewer days and saw fewer clients could still be in the running if they sold more product per client. But it also rewarded those who worked to full occupancy, seeing more clients at a faster rate and selling them product as they left the chair. The system was simplicity itself – whoever got the highest percentage went to Vegas.

An eight-week competition can soon lose its energy after the first flurry of excitement, so we kept engagement high by communicating directly with all our service providers. We emailed motivational messages direct to each of our team, such as weather comparisons and what sort of activities they could expect in Vegas. We posted reports weekly that showed who was leading the race. By tracking sales closely, we could also quickly identify any ‘goose eggs,’ those who might need a little bit more support and encouragement from their salon managers. We printed signage and posted it in key areas around each of the five Design 1 locations.

The competition runs for just two months, but it’s important to keep up the pressure on retailing for the rest of the year. We run smaller competitions throughout the year to keep them focused and excited about retail. We also use the Symposium trip beyond the January visit. The winners help cascade what they’ve learned to the rest of the team, and on the big retail training sessions we will review what the prize entailed and include tips on how the winners actually won. We will also keep sending out mails with follow-ups now we’ve returned , and soon it be time to start building up excitement for the 2019 competition.

The investment, which is huge, has paid dividends for us. A trip to the Redken Symposium is big and exciting and gives our service providers an opportunity to immerse themselves in a world they love. They get to rub shoulders with the greats from around the world, they get to soak up the atmosphere and learn new techniques and approaches, all of which benefit them and Design 1 when they get back behind the chair. Our retail sales are up, behaviors are being recalibrated, and our people are coming back more motivated, engaged and skillful, and ready to compete again come summer.

Graham Walt has deep roots in the salon industry. He was a sales consultant for Salon Centric for 8 years and received awards for top overall sales in Redken and Pureology along with becoming a Million dollar sales rep 7 out of his 8 years. Graham’s parents, Larry & Lisa Walt, are the owners of five of the most successful salon and day spas in the Midwest. His wife, Anna was also born into the salon industry and has been a hairdresser for 15 years. In 2015, Graham joined the family business, Design 1 Salon and Day Spa and is now the Director of Salon Development & Education. In addition to his responsibilities at Design 1, in February 2017, Graham & Anna opened their own business, Unite Salon Suites, in Portage, Michigan. Incentives that Dare Stylists to be Fabulous, too 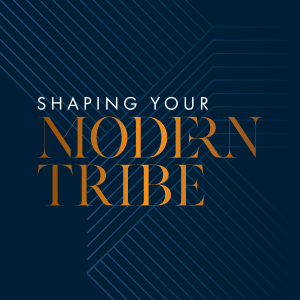